Half a Harley – yet god damned beautiful

I’m not usually a fan of Harley’s for one reason or another, well, not all of them at any rate.

Still, what Goldammer have created here with half a Harley engine, sweat blood and tears is pure beauty, make no doubt about it. 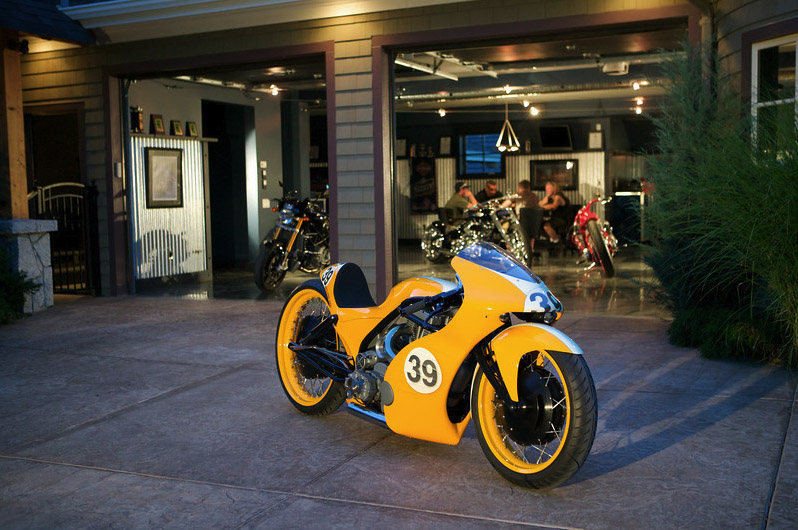 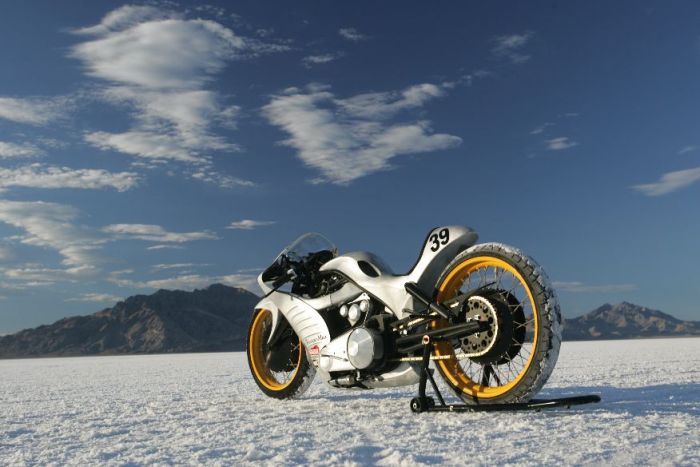 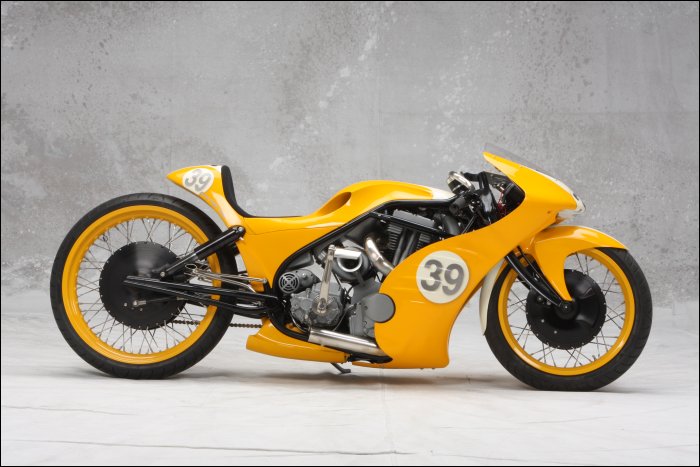 Found this bike via Pipeburn, seems the bike features on the cover of the Motorcycle Dream Garages book. 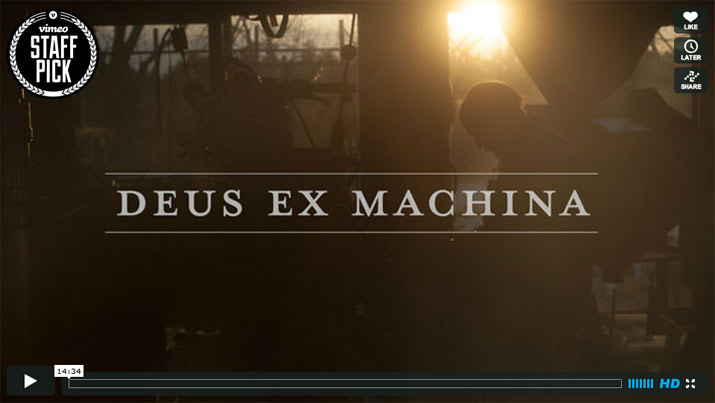 There’s not much more to say than this is a great video about an interesting bloke with an extremely interesting bike and the story behind it.

Well worth checking this one out, very inspirational!

I’m not the worlds greatest mechanic, in fact I’m about as far from it as one could get.

As such I’m constantly on the hunt for information to answer my every stupid question and I stumbled upon some interesting lists that have been published on various forums, I’ve backtracked the creation of said content to a forum that now appears to be defunct.

I’ve cleaned up the formatting, I’m adding more data and most importantly of all (in my opinion at least) I’m doing my best to make it readable – instead of a wall of text.

If you have any lists that you think would be of benefit to add to this data archive, please let me know. Additionally if you have any data updates or corrections for the lists that are up, please don’t hesitate to post a comment.

Please note: the two lists that are currently live are still undergoing some reformatting – I should be finished with all of them in a couple more nights.

These lists would all benefit from a database, some sorting and searching options but that will have to wait until I have more free time.

In the meantime, have at it.

There’s a veritable tonne of lug converters for cars and trucks but there’s practically none for Motor bikes and for good reason.

Motorbikes tend to have a very limited amount of room in between swing arms and forks, in fact, there’s basically no room at all to insert a spacer/converter.

This of course isn’t the case when it comes to converting a bikes front end from one set of forks to a completely different set, if you change your triple set that is, as it is ultimately the triples that determines the width between your forks.

As part of my restoration (modification) RD350 project I decided to update the front forks with some that I’ve had for my FZ6 project, a set of 2008 R6 USD forks.

However I have plans to put on the RD400 Mag wheels on this conversion and wish to maintain the use of the R6 discs as well as the calipers… which means I’ve got to learn how to use some sort of CAD program, design up some lug converters that double as spacers, get them printed in plastic to check sizing, then get them machined and put to use.

A friend who uses 3d printers and the like pointed me at Autodesk 123D and I’ve just had my first attempt at using it.

After a few hours playing around I have come up with the following caliper/spacer – it’s not complete yet but it gives you a good idea none-the-less.

It’s a fairly basic spacer/adapter at this stage and it basically allows me to bolt an R6 disc on the outer 6 holes and then bolt the converter itself to the wheel via the inner 6 holes.

It will be 8mm thick in the center – the same thickness as the RD disc and thicker on the outer edges to put the disc where it needs to be.

There’s sadly a lack of tutorials for 123d that I could find but I worked out most of what I wanted eventually.

I’m tempted to design up a seat/cafe hump in 123D and trial 3d metal printing… still, I should probably get the rolling frame sorted first 😉

Next up, need to sort out what axle I can run with this… ie if an RD400 axle will be sufficient in width with the R6 forks…

I picked up a pair of levers for my FZ6N a few months back, a pair of CNC’d aluminium levers which I believe are a knock off of some Pazzo levers. They cost me a grand total of 30-35USD delivered. They were a huge improvement from stock levers – unbelievable improvement.

I got a pair of shorty ones – in the 6 months or so I’ve been using them, I’ve had zero complaints. I’ve seen a lot of forum posts about people “not willing to risk it” – not really sure what the risk is myself. They’re CNC aluminium levers with no brand name costs associated. God knows they’re probably manufactured in the same factory as the real deal.

Even if they aren’t, they seem to be built solidly enough, it’s not as tho they’re plastic or something absurd.

I decided to purchase the same things for my RD since they’ve been so decent… found what appears to be the same/similar knock off, for a lot more but also included a master cylinder and the associated bits that bolt everything to your bars and give you somewhere to perch your mirrors for a little over $110USD. Not too shabby.

I just happened to have a Rizoma master Cylinder I was going to use on the FZ6N but decided not to… as such it will now be servicing the front brake of the RD350.

If I had a chance to reconsider that expensive purchase, I’d consider dumping the Rizoma for a generic CNC’d aluminium master cylinder from someone like the2wheels… they look fairly similar for all intensive purposes and I’m sure they work just as well. In fact I might do just that for the rear brake, assuming I continue with my plan to remove the drum brake and go with a rear disc brake.

Do I feel bad not buying the real deal? I’m not sure I can afford to! 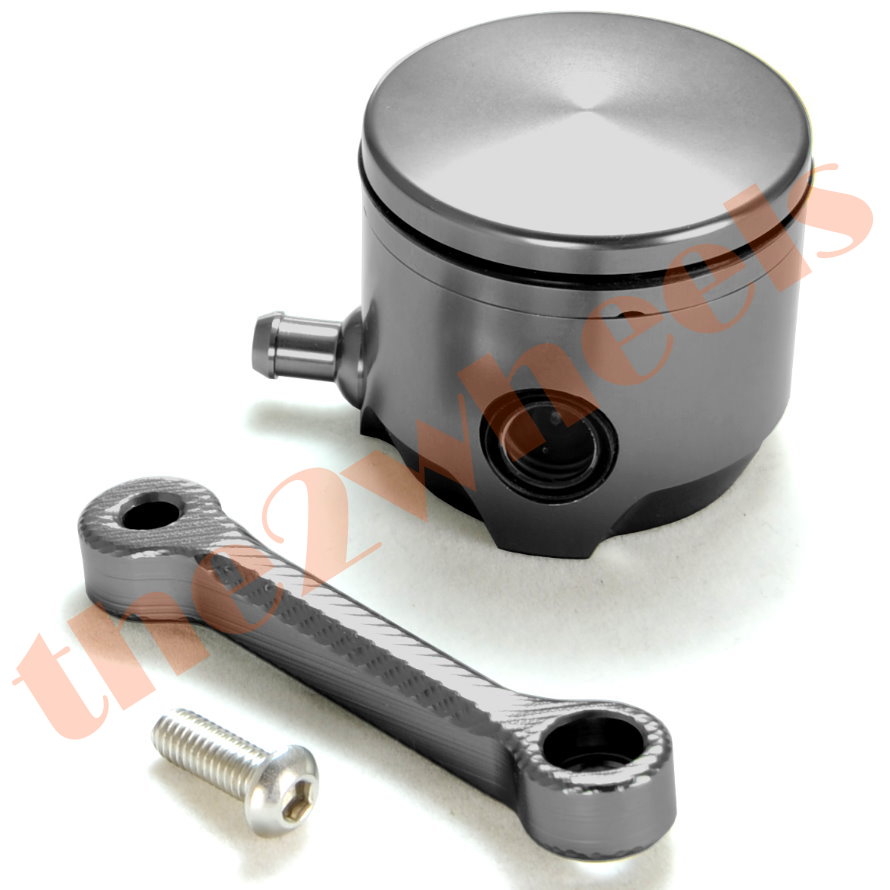 You can pick up the Pazzo knock offs on eBay or at the the2wheels site. Free delivery… I wonder sometimes how our local businesses can compete with this insanity. It’s no wonder we do so little manufacturing. Hoping to learn how to do a little “home-brew” manufacturing (of sorts) of my own for the RD down the line. More on this later 😉

A good set of bars are a must for any bike and my current bars are in a terrible state, especially the levers and controls on them… it’s also a great excuse to dump them and grab myself some clip-ons! 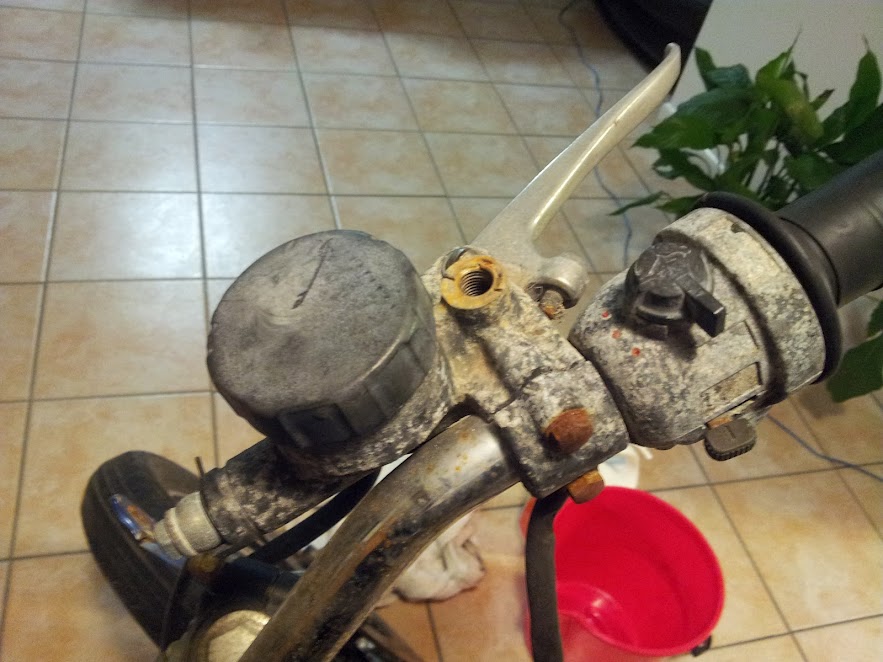 As such I’ve been hunting around for some good clip-ons and I think I’ve found a pair as good as they get – I’m yet to order them… but once I do, I’ll let you know if they’re the business.

Anyway the clip-ons I’ve found are made by Tarozzi and are available from Fast from the past – the specific ones I’m looking at are Low Rise (40mm in rise) for 34mm forks and go for $129 USD. Not a bad price for what look to be the best clip-ons … that I have found so far. 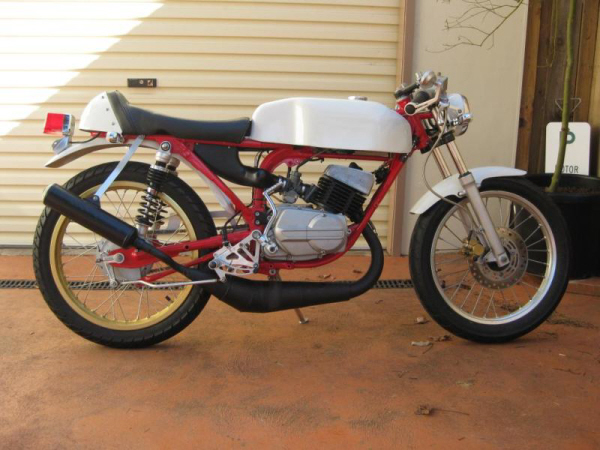 A Sydney-sider by the name of Laurence has had his beautifully done up cafe racer AG100/RX125 stolen from his home and is looking for help to locate his baby.

Not being in Sydney I cannot do much but pass the word along to you readers and maybe drool a little bit at the beauty of it. Makes my standard liveried RX125 just a little bit jealous!

Laurence has a facebook page where you can contact him if you believe you’ve seen it: http://www.facebook.com/GetMyBikeBack

For more information on the bike and how to identify it (including more photos of this beautiful bike) head on over to Sydney Cafe Racers.

Here’s what my RX125 looks like so you know just how different Laurences bike is! 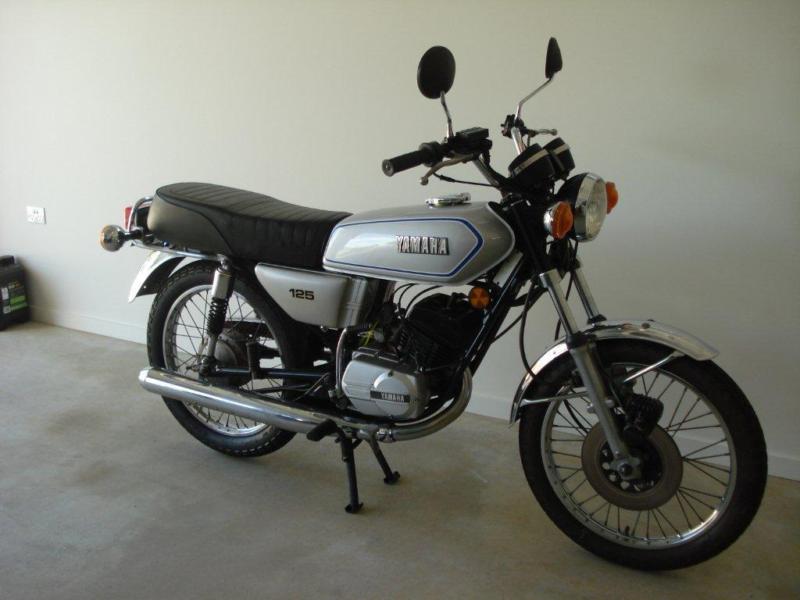 Wishing you all the best in your hunt mate!

I’ll be honest… I’d never even heard of a diesel motorbike let alone a diesel 2 stroke but in my quest for 6 Volt LED information I stumbled upon The Pigeons Nest which houses both:

Pigeon has graciously let me mirror the LED lighting information – you can find it in the restoration & creation tutorials menu up the top. I’d link you across to it but I’m still moving navigation about and things may move about in the next week or so as I settle on where I want things located.

Check out Pigeons site, has quite a bit of interesting things about the MZ’s including a simple optical ignition trigger for 6 volt MZs  – it may be simple but I wouldn’t have known where to start with regards to something like that! 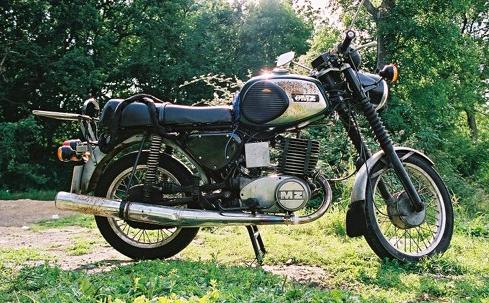 New server up and running…

New server is up and running, should have all the data across tonight (minus comments)

Now it is just a waiting game for the DNS to update and I’ll be forging ahead once more.

Edit: and there’s some CSS issues and a few minor things to tidy up but all in all everything looks to be ok…

Downtime… moving to a new host.

Just a quick update to rant about 2-3 weeks or so of near complete downtime on DreamHost.
My site/s were completely inaccesseble during this time, site came back up a week ago or so… but the install of WordPress wouldn’t let me log in.

There were some serious issues – I have just patched it and got it fully functional again with the latest WP release.

I’m in the process of setting up in a cloud based environment so there should never be any more hardware related outages!

I’m still a few days away from transferring across… and regular updates will resume once this is complete.